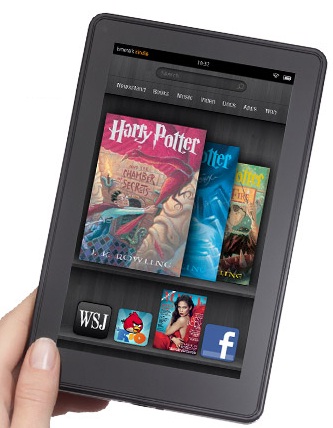 As if it were not enough that Amazon changed the way the world shopped with its massive online store, the company went one step further and introduced the Kindle- an e-book reader- and changed the way the world read.
I started off being a die-hard book reader who believed that ‘I can only read words on a page and NOT on an electronic screen.’ And then I was gifted a Kindle and had to eat humble pie. I get to carry 500+ books in my bag every single place I go to- it does not get much cooler than that!
Now we have heard that Amazon, the company that brought us the Kindle, has plans to introduce two new Fire tablets. If this is true, then the new versions join the other Kindles, including Keyboard, Touch and Fire.
The Kindle Fire has a color display on a 7-inch monitor and can be used to stream movies and shows. Many believed that this Fire was Amazon’s answer to the Apple iPad®. What worked for the Kindle Fire is its low price and its cool features.

Set to be launched later this year, the new versions of the Kindle Fire will be sized differently. One version (titled ‘Hollywood) has a 10-inch display size, the other,(called Coyote)is the regular 7 inches. Both will use the Android platform custom-made for the e-reader’s purposes, which means it will take into account Amazon’s own appstore and connect it to the interface of the Kindle Fire. We also might see a version thinner than the first of the iPads, without front buttons. In fact, the new Kindle Fire is considered to be competition to the iPad Mini.
Other specifications of the new versions of Kindle Fire include quad-core processor(Ice Cream Sandwich or Android 4.0?), built-in speakers, HDMI-out jacks and microUSB ports.The 10 inch version comes with its own camera. The 7-inch version will cost the same as the older Fire but we understand that the resolution will be a lot better. We are also hearing of better quality material and better design. For instance, the erstwhile plastic device might now boast a black, matte finish with chrome reliefs, making it sleeker and classy looking.
With so much going for it, the new Kindle Fire could give Google’s Nexus Q a run for its money. It is mostly speculation at this point. What we do know is that the Kindle revolutionized reading and the Kindle Fire enhanced it. One can believe that the two new versions will raise the bar a lot higher again.