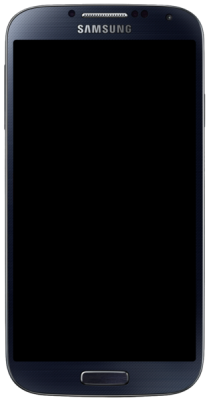 In a swanky setting, Samsung recently unveiled the Galaxy S IV, the newest member in its Galaxy S series, after months of leaks and speculations. And as it turns out, the S IV is much more than what the leaks would have you believe. The smartphone comes armed with a slew of spectacular software advancements in addition to significant hardware upgrades. Take a look at the innovative features on the S IV.

Like all previous Samsung devices, the Galaxy S IV too has a plastic casing albeit a textured one with an industrial appearance to it. The polycarbonate edges with a metallic finish add some class to the smartphone while safeguarding its delicate corners. With the S IV, Samsung accomplished the remarkable feat of incorporating a 5 inch display into a chassis smaller than that of the S III’s.

Sporting dimensions of 136.6mm x 69.8mm x 7.9mm (H x W x D), the Galaxy S IV is 0.7mm thinner and somewhat shorter than the Galaxy S III. The device’s bezel is super thin and barring the tiny rectangular home button at the bottom and the ‘Samsung’ logo at the top, the face of the S IV is entirely covered by its display. The smartphone has a 5 inch Super AMOLED HD display with a screen resolution of 1920 x 1080 and a pixel density of 441 ppi.

Hardware has lately become the focus of announcements with manufacturers proudly proclaiming the processor prowess or the camera superiority of their product. But with the S IV, Samsung has shifted the focus to software innovation, something that directly relates to consumers’ smartphone experience. That is not to say that the smartphone’s internal apparatus hasn’t undergone a thorough overhaul itself.

On the contrary, the S IV boasts many remarkable increments in its hardware features.

Samsung has introduced a number of nifty features to the camera on the S IV that up the ante for all other smartphone manufacturers. The device’s rear camera is an unprecedented (for a smartphone) 13 megapixel one while its front facing camera is a 2 megapixel one and capable of recording HD videos. These specs are no doubt impressive but the real innovation comes in the camera’s software.

The dual shot mode makes it easy to operate the rear facing and the front facing camera simultaneously for both video recording and capturing stills. S IV owners can do away with third party image filtering apps as filters like Postage Stamp, Oval Blur, Cubism and others are integrated into the device’s camera app. The camera also intuitively organizes your photos into albums based on their date or background.

When clicking a picture with the S IV, the photographer too will be able to feature in the final image. The smartphone will allow photographers to place themselves in a picture in the form of a bubble. The Eraser feature lets users “erase” any unwanted person in a captured image. When shooting in places flooding with people this feature will sense if someone has unwittingly entered the frame and allow you to remove them.

While the S IV may be running Android 4.2.2 Jelly Bean OS like many other smartphones, its radical software features make it stand out in the crowd. As unbelievably as it may sound, the S IV can tell when you’re looking at it. The smartphone can track the movement of your head and accordingly stop the screen from dimming when you’re looking at it and even pause videos if you look away in the middle.

The Air View feature lets you hover over an email, the photo gallery or the calendar to view what’s inside without having to touch the screen; incredibly useful if your hands are dirty. The Air Gesture feature lets users swipe up, down, left and right simply by waving over the phone and even answer calls by waving at it. It is possible to scroll documents and web pages up and down by tilting the phone slightly backward or forward.

This article has been brought to you by Ethan Millers of bw9.com, a site that offers savings and current information on Comcast cable and internet.