Screencast is a digital recording of computer screen output.Screencast most commonly referred as Screen video capture and may have associated audio narration.Screen capture using video capture software, sometimes referred as desktop recorder, is most commonly used for preparing presentations.Screencast is a recorded movie of the changes over time that a user sees on his monitor.
Screen capture and Screen recorder software is always a great help in creating presentation videos and tutorials or to create video tutorials for school or college. There are many good quality Screen Capture and Recorder software available in the market. Majority of them are shareware applications.
Let us discuss about few of the best freeware Screencast or Screen Capture and Recorder software available.

CamStudio record all screen and audio activity on your computer and creates AVI video files.It has a built-in SWF Producer that can turn the recorded AVI files into Streaming Flash videos.CamStudio is completely free for personal and commercial projects as CamStudio and the Codec are released under the GPL. CamStudio can add high-quality, anti-aliased screen captions to your recordings.CamStudio offers many features. 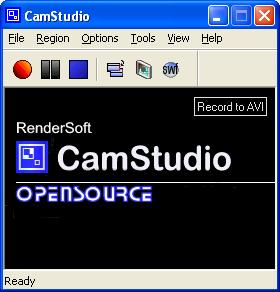 Taksi is another free screen capturing software.Taksi is a utility that allows you to take screen-shots and record video clips.Taksi can support live video compression with any VFW video codec your system has installed (i.e. XVid, DivX, MS Mpeg4, etc).

Screenr is a web based screen capture software. The advantage is that you don’t have to install anything in your computer.Screenr records on Mac or PC.This is a very different utility with many good features.

Visit and Read more about Screenr

HyperCam is a Screen Capture software that captures the action from your Windows screen and saves it to AVI movie file.
HyperCam also records the Sound from the system microphone. HyperCam version 2, a product of Hyperionics, is now offered free for world-wide usage.
DOWNLOAD HyperCam version 2