Skype Toolbar became a Firefox blacklist addon. Firefox Blacklisted Skype extension and the Skype Toolbar and became the most recent addition in the lists of blocklisted firefox add-ons.
If you have installed Skype in your computer and also chosen to install the Skype add-on, then you might have noticed that the phone number in the page became decorated with country flags and becomes a clickable button that can be used to dial the number using the Skype desktop application.
According to a Mozilla blog post “The current shipping version of the Skype Toolbar is one of the top crashers of Mozilla Firefox 3.6.13, and was involved in almost 40,000 crashes of Firefox last week“. 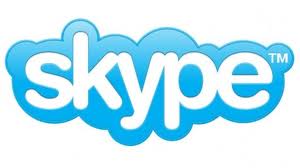 Also it states that the method used by the Skype Toolbar to re-render the page to repaint the phone numbers makes the DOM manipulation up to 300 times slower. (Read : Firefox Tab Width : How to Change Minimum and Maximum Tab Width) Because of this reason the users might think that the Firefox takes more time to load the pages and is slower.

Because of these issues Mozilla has added the Skype Toolbar to the Mozilla Firefox Blocklist for all versions of Firefox. This is applicable to all versions of Skype Toolbar, up to and including the current shipping and beta versions.
As of now the blacklisting is a “soft block“. The Skype Toolbar extension is disabled and the user is notified of the block. It also gives the option to re-enable it if they choose.