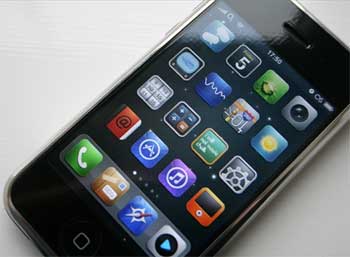 The testing of mobile apps can prove a grueling process as it is both time and money consuming but is a paramount step which must be taken in order for the beneficiaries to have a great experience when using such mobile apps. Firms such as Experitest.com are one of the most important businesses who take care of such tasks and make sure that the experience of the app is great for every customer when used starting from the first one.

App testing is crucial to making sure that the customer is satisfied and they should encounter no problems when running such apps. It is important that they do not find any flaws within the apps and you as the tester should never hear a complaint for them.

A developer should also do a great job with coming up with the app but the common goal of a development team is to release apps which are spot on and with no flaws in order for them to gain major success in their respective markets. There are a whole lot of challenges encountered in app testing and there are some amazing perks to take into account if an app proves to be bug-free and running smoothly.

Such apps are tied to the hardware department and operating systems and testing for them is essential in order to ensure that backward compatibility is always ensured with a lot of devices. Native app testers are going to issue updates and test them whilst referring to the device’s operating system.

Native applications offer an unique experience which maximize the capabilities of devices by enhancing them in many ways. They provide an amazing lucrative feeling for the developer as they are extremely complex in nature as well as need to be thoroughly tested to make sure that they encounter no flaws whatsoever.

Web applications are apps which can be viewed by users from around the world as their name states. Their target is extremely broad and is not limited to being available to users within a single country or a single network. Not only will they be extremely useful for users to understand the global dynamic factor of apps but approaches to these one reduces the need to develop multiple lines of code to make sure that they are tailored to every country’s regulations.

There are a lot of challenges when it comes to testing web applications and testers are needed to explore their content before making them available for us in order to strategically manage issues and greatly mitigate the risk factor which might occur from flaws in the code and potential bugs. App testing requirements are extremely thorough and developers and testers are working around the clock to make sure that users are getting the best possible experience.

App Testers are Paramount Prior to the App’s Official Release

We’ve all come to the point of downloading an app on our mobile devices to the point of having it deleted within a few minutes. There are millions of people in this situation who have done the same thing only because the app was not thoroughly tested prior to its release.

There is no field of software engineering specifically tailored to have so many potential hazards which can hamper mobile development that the one of mobile app testing. Companies such as Experitest.com offer amazing solutions to flaw encountered in the rapidly growing mobile market and it is extremely challenging as both trends and customers are on continuous move.

Mastering the fine art of mobile testing is extremely important for companies which use mobile apps in their business in order to stay competitive on the market. There are many developers who are just throwing out apps just for the sake of it as the market tends to get fairly crowded. Only then do mobile app testers come in handy in order to offer proper solutions to such problems.

Apps developed for both Android and iOS are extremely difficult in terms of getting them tested as app testers are required to test its functionality and appearance in terms of rolling them out on physical devices in order to notice different hardware characteristics which utilize the same version of the app.

There are a lot of issues which might present them in terms of data fragmentation as not all operating systems run the same and testers have to make sure that prior to the official release of the app it runs as smooth as possible in order to deliver amazing customers service in terms of the apps having no flaws or potential bugs which might otherwise ruin the customer’s experience in running such apps.

Mobile apps are a nightmare to deal with when it comes to the fact that the provoke havoc on your phone bill. Those who are not fortunate enough to have bought an unlimited data plan or enjoy a permanent Wi-Fi connection need to be in the know about their data consumption through apps which use a whole lot of it such as Google Maps, Waze or Youtube.

Applications which feed on your data pack are quickly dealt with by such app testers in terms of deleting the most nonessential data such as hogging apps. One should always test how much data apps actually use as well as data-speed consistency in order to make sure that there are no issues regarding your data consumption plan being erased completely.

There is a lot of device variance in this marketplace and not only do developers and app testers have to work around the clock to ensure that the best products are delivered but they also are of great importance when it comes to user experience and convenience.

Application development experts will provide the assistance of trained analysts as well as mobile app developers with proficient skills as well as user experience which create amazing apps on platforms such as Android or iOS as well as Windows Phone in order to appeal to a vast majority of customers with ease.

Such app development companies have quality and efficiency as their main goals and have experience on working with similar projects thus having experience dealing with the latest technologies and tools necessary to complete such projects. App development firms also have it easy in promoting the best practices in the app development in order to achieve a growth in business.

Not only will outsourcing will resolve any development problems which might be encountered but it also creates apps which are extremely cost effective as well as inexpensive. The perk of having complete access to a team of experts are going to confer more safety as transparency is put up high in the importance factor.

Time is perhaps the most important resource when it comes to owning a business and startups basically imply that work is being done by a team of experts whilst you as a business owner will be freed of a large amount of time which can be used to focus on other sectors of the business. As you spend less time on development cycles, the more time one will have for taking care of more important issue, thus being extremely efficient.

Programmers which develop mobile apps for a certain business are asked to thoroughly check the app across all mobile platforms prior to being released. Not only is this practice an amazing way to remove the risk factor from the equation but it will also make sure that the provided app is extremely impressive in front of the customers when released.