Firewall software is designed to block unauthorized access while permitting authorized communications. Firewalls are frequently used to prevent unauthorized Internet users from accessing private computers or networks connected to the Internet.Firewalls can be implemented in either hardware or software, or a combination of both.

First let us check the features of Windows Firewall and then we will check the the three best freeware Firewall software available today.

Windows Firewall is a component of Microsoft Windows that provides firewalling and packet filtering functions.Before Windows XP it was known as Internet Connection Firewall.Windows Firewall was first introduced as part of Windows XP Service Pack 2 and Windows Server 2003.
The drawback of Windows XP’s Firewall is that it cannot block outbound connections.WIndows XP firewall is only capable of blocking inbound connections.Windows Vista Firewall provides Outbound packet filtering as well as inbound filtering.You should always leave Microsoft Windows Firewall turned on until you replace it with third-party software like freeware firewalls mentioned below.The Windows 7, Windows Vista and Windows XP Service Pack 2 or 3 operating systems have firewalls built in that are turned on by default. 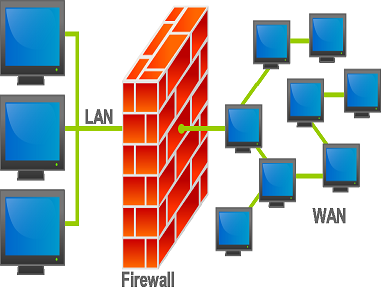