What to Expect from a Career in Electrical Engineering

If you are a creative person who enjoys solving problems, you may be interested in a career in electrical engineering. Electrical engineers study the principles of electricity,electronics and electromagnetism in order to design technology that solves problems for society. As an electrical engineer, you may work on a wide variety of projects from the development of power plants to advanced computer and communication systems.

Electric power is essential to our modern society, so electrical engineers are involved in most commercial and public projects dealing with technology. Engineers take basic scientific principles and apply them to solve problems. They identify a problem that needs to be solved, develop a prototype solution, and experiment to perfect this prototype until it is ready for mass production. Electrical engineers work to develop electrical circuits and systems. For example, electrical engineers may design the prototype for a new communication device. They then test
this device to make sure that it works perfectly and eliminate design flaws. Finally, theywork on the mass production of this new technology. Electrical engineers help to bridge the gap between basic scientific knowledge about the natural world and a working commercial application. Edison’s invention of the light bulb is a classic example of the engineering process. Scientists had already discovered that electric energy could be converted to light. Edison’s great achievement was the development of the bulb that was both bright enough and lasted long enough for commercial applications. Edison took basic scientific knowledge and developed a commercial application that changed the way we live.

A background in mathematics, physics and system design is required for electrical engineering careers. Electrical engineers master design concepts, electronics and computer software applications. They need to be creative thinkers who can troubleshoot problems and find solutions. A bachelor’s degree is required to work as an electrical
engineer, but many go on to more advanced study and receive a master’s or doctoral degree. In the United States and Canada, engineers must also obtain professional certification before leading projects. Engineers work in a wide variety of environments from industrial plants to offices and laboratories.

Electrical engineers can work on large-scale projects. These include power distribution and transmission systems. They work on massive power plants that generate electricity from other forms of energy. They also work on systems to distribute and transmit this power from the generator to our homes. Many of these projects involve the development of renewable sources of energy to replace fossil fuels. Building projects also involve electrical engineers who assist in the design of the electrical and communication systems for large buildings. As our communications and computer technology develops, our buildings need to be equipped to support this technology.

Many electrical engineers work on projects with a microscopic scale. They develop the semiconductor chips that most computers rely on. They also work on nanomachines, tiny microscopic robots that are being developed to operate directly on living cells or tiny chemical molecules. These projects are conducted in research labs and may
involve sophisticated, clean rooms to keep out dust and other tiny particles that could contaminate the technology.

https://www.globinch.com/what-to-expect-from-a-career-in-electrical-engineering/2015-08-16T01:54:50+00:00Binu GeorgeTechnology & ToolsIf you are a creative person who enjoys solving problems, you may be interested in a career in electrical engineering. Electrical engineers study the principles of electricity,electronics and electromagnetism in order to design technology that solves problems for society. As an electrical engineer, you may work on a wide...Binu GeorgeBinu Georgebinugeorgep@gmail.comAdministratorBinu George , the author of Globinch.com, is a technology blogger from India and a software solution architect by profession.Globinch 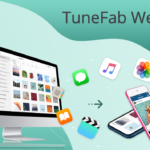 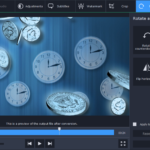 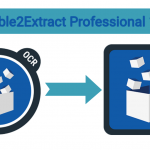 Able2Extract 12: All Of Your PDF Work Under One Roof