How to detect and remove Carrier IQ from Android, iPhone device now become a topic of hot discussion after Trevor Eckhart recently claimed that Carrier IQ on Android, IPhone and BlackBerry devices is capable of logging user keystrokes, recording telephone calls and other aspects of e-mail and SMS conversations. The claim and the presence of Carrier IQ diagnostic software on smart phones also initiated hot discussion on whether the software was acting like malware or not.
Millions of smart phone users across the globe are worried about privacy even though Carrier IQ says its technology is only used for diagnostic purposes to improve handset performance and network quality through metrics tracking. The main concern is that, Carrier IQ does not provide a clear opt-out path for users.
If you are concerned about the privacy and want to check if your smart phone has Carrier IQ installed, then you can make use of any of the following tools.
Here is the list of free software applications to check whether your Android phone is installed with the Carrier IQ software. Please remember that these tools only detect its presence and will not remove the Carrier IQ. This is because Carrier IQ software is deeply integrated with handset firmware. You should have special device privileges to remove it.

Tools to Check If Your Android Has Carrier IQ Installed 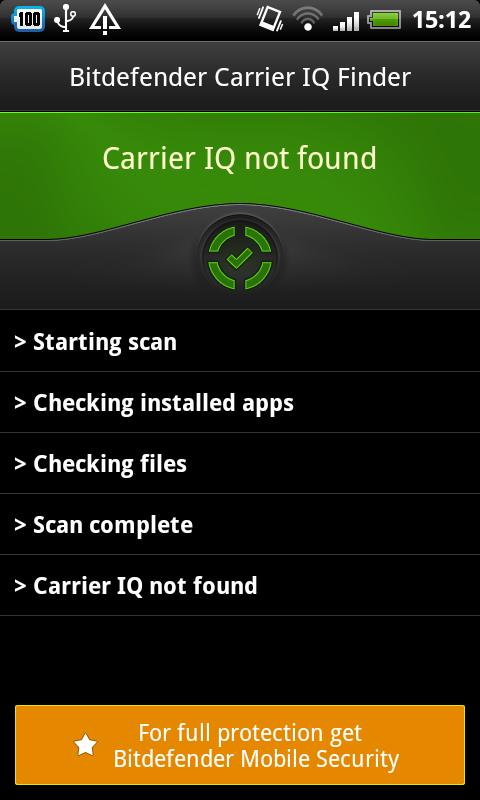 Voodoo Carrier IQ detector is another free Android tool to find out the presence of Carrier IQ diagnostic tool on your Android device. As the vendor says some anti – Carrier IQ fixes are not detected yet and can generate false positives but the accuracy is decent already. Requires devices with Android 1.2 and up. 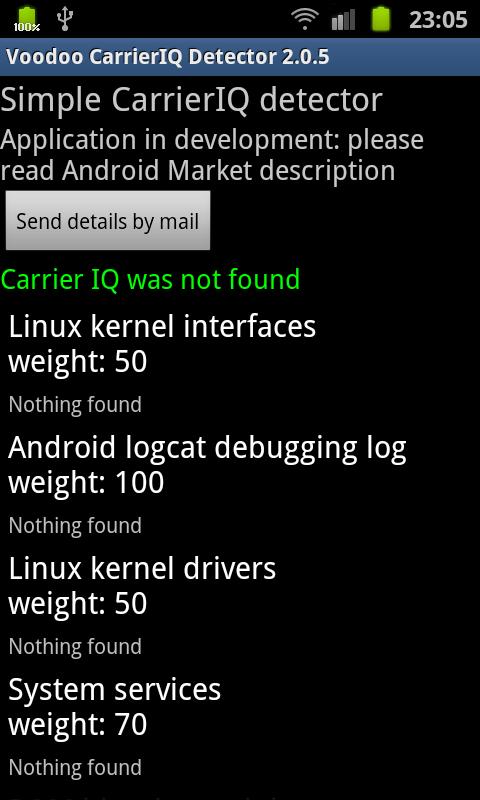 Carrier IQ Detector is free software that tells you whether or not your phone contains Carrier IQ mobile diagnostic software. As we already mentioned the application does not remove Carrier IQ software from your device. Supports smart phones with Android 1.5 and up. 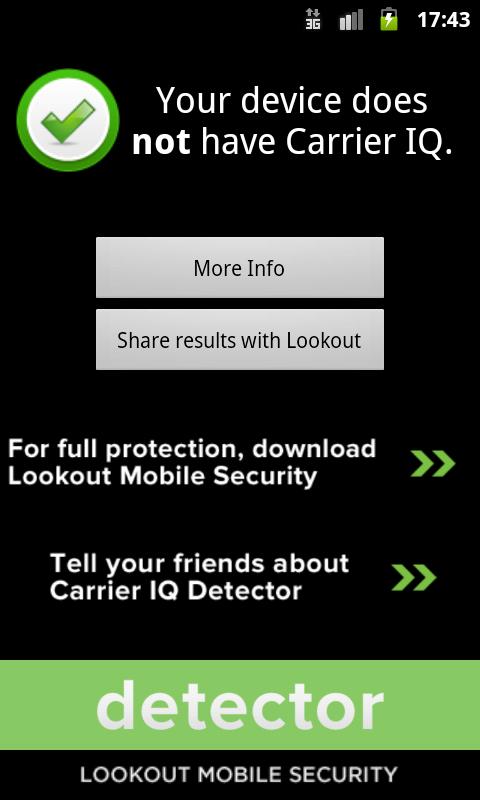